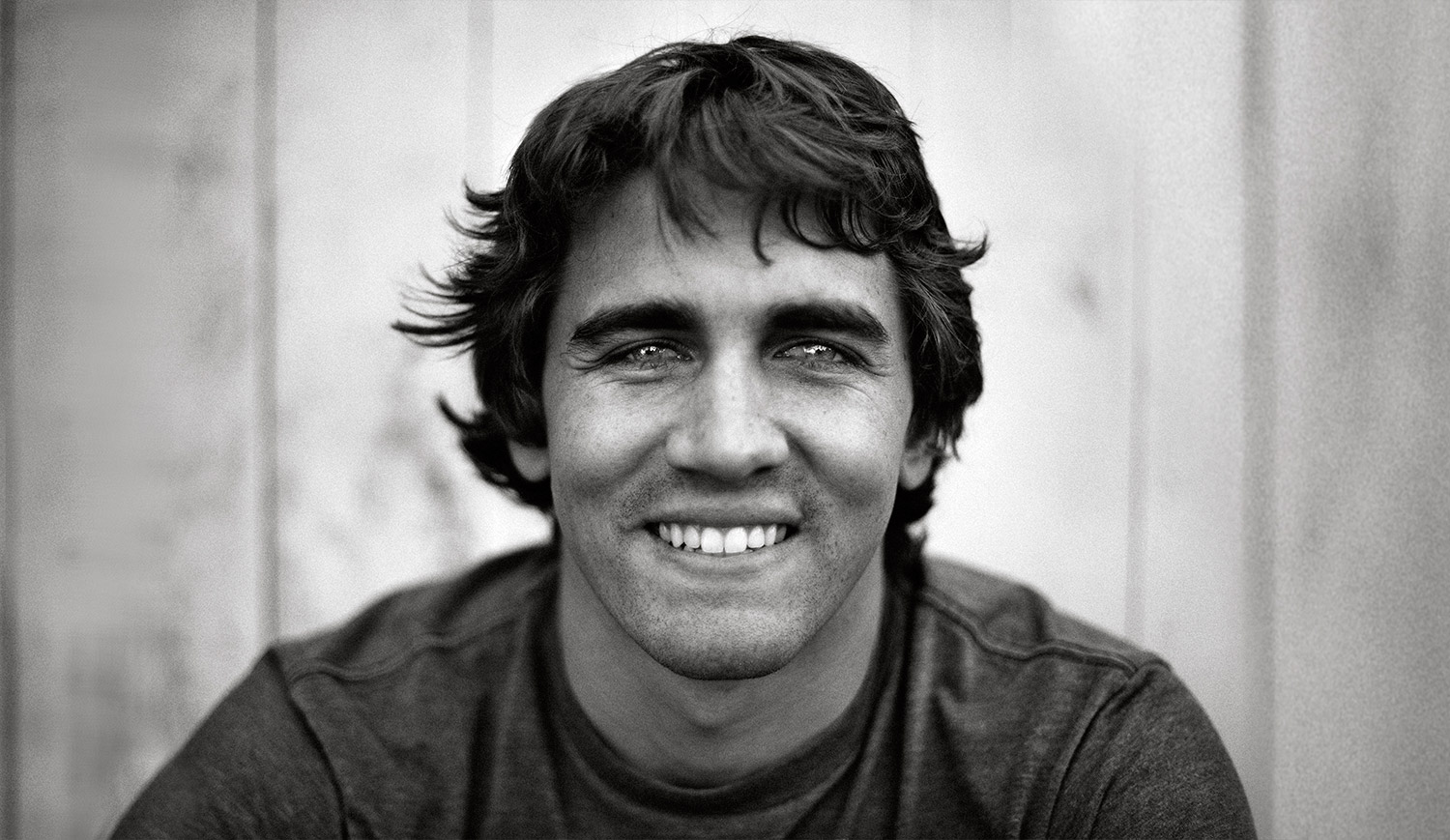 Greg Long is by any standards one of the sport’s most celebrated big wave surfer.  In a career that now spans two decades Long, 35, has been awarded virtually every title in the big wave riding arena, including multiple XXL Global Big Wave Awards including Biggest Wave, Ride of the Year and Performer of the Year, as well as two WSL Big Wave World Championship titles in 2012 and 2015.
His list of accolades also include the SIMA “Waterman of the Year Award”, a National Geographic “Adventurer of the Year” nomination and has been voted one of Men’s Journal magazine’s “50 Most Adventurous Men”. In 2012 Long was featured in the Fox Pictures Hollywood release “Chasing Mavericks” both performing surf stunts and as a story character. 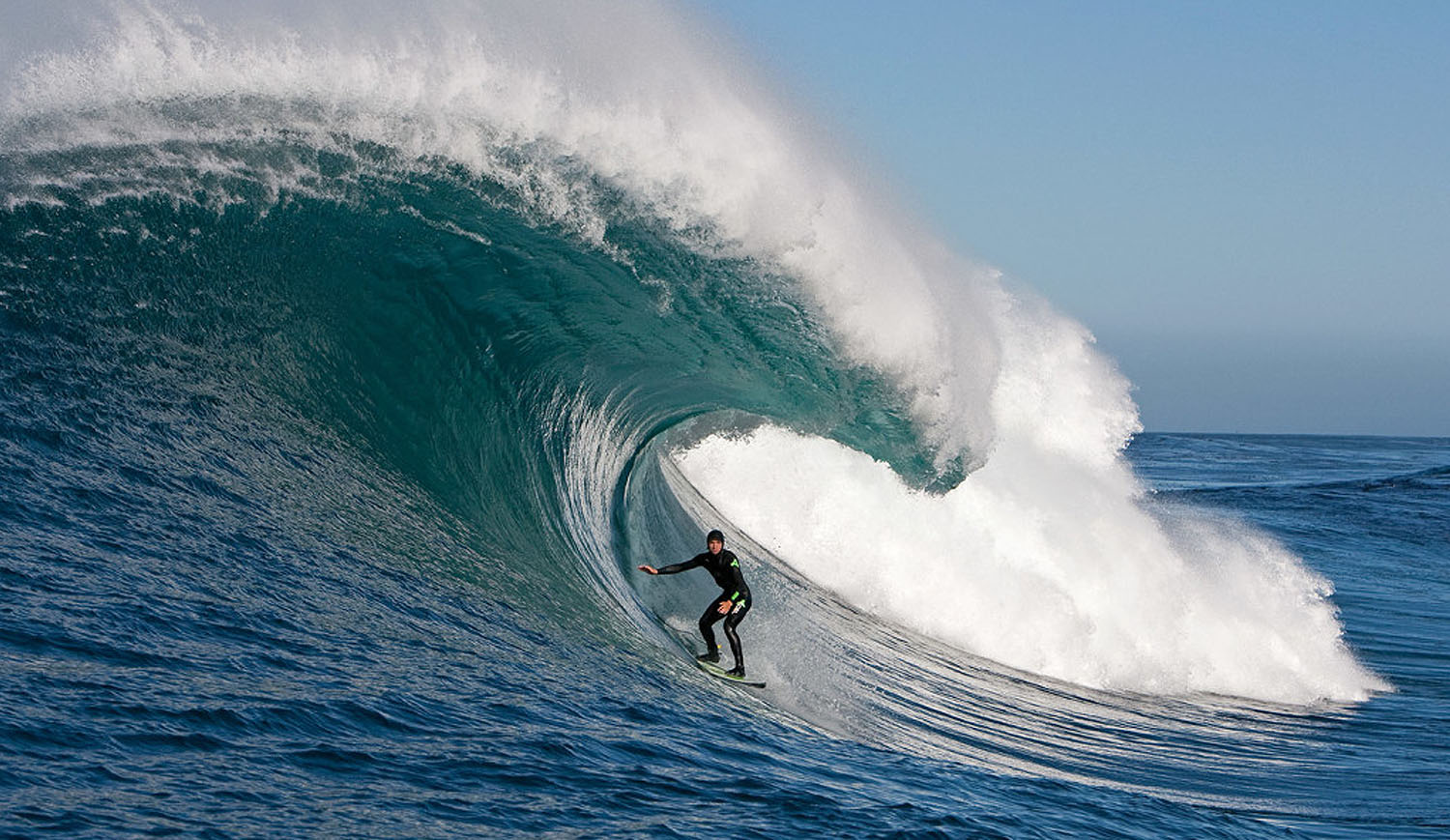 Yet despite amassing a ‘Maverick’s size’ resume in the world most dangerous waves, Greg Long hardly fits the stereotype of the extreme athlete (read; daredevil) who pushes himself closer and closer to edge in search of the ultimate video clip. An inveterate explorer, Long has circled the globe, pioneering new surfing frontiers pursuing a much more personal form of self-expression, riding waves alone, or with a few close friends, far from the cameras and the limelight. Deeply thoughtful and well informed, he has become one of the sport’s most articulate spokesman, lending his perspective and credibility to a number of ocean-oriented environmental groups, including The Surfrider Foundation, Save The Waves, and Parley for the Oceans. He is also a lead instructor for the Big Wave Risk Assessment Group (add link here www.brag.org), traveling to international ocean communities teaching advanced courses in high surf risk management, heavy water rescue, CPR, and basic first responder life support. 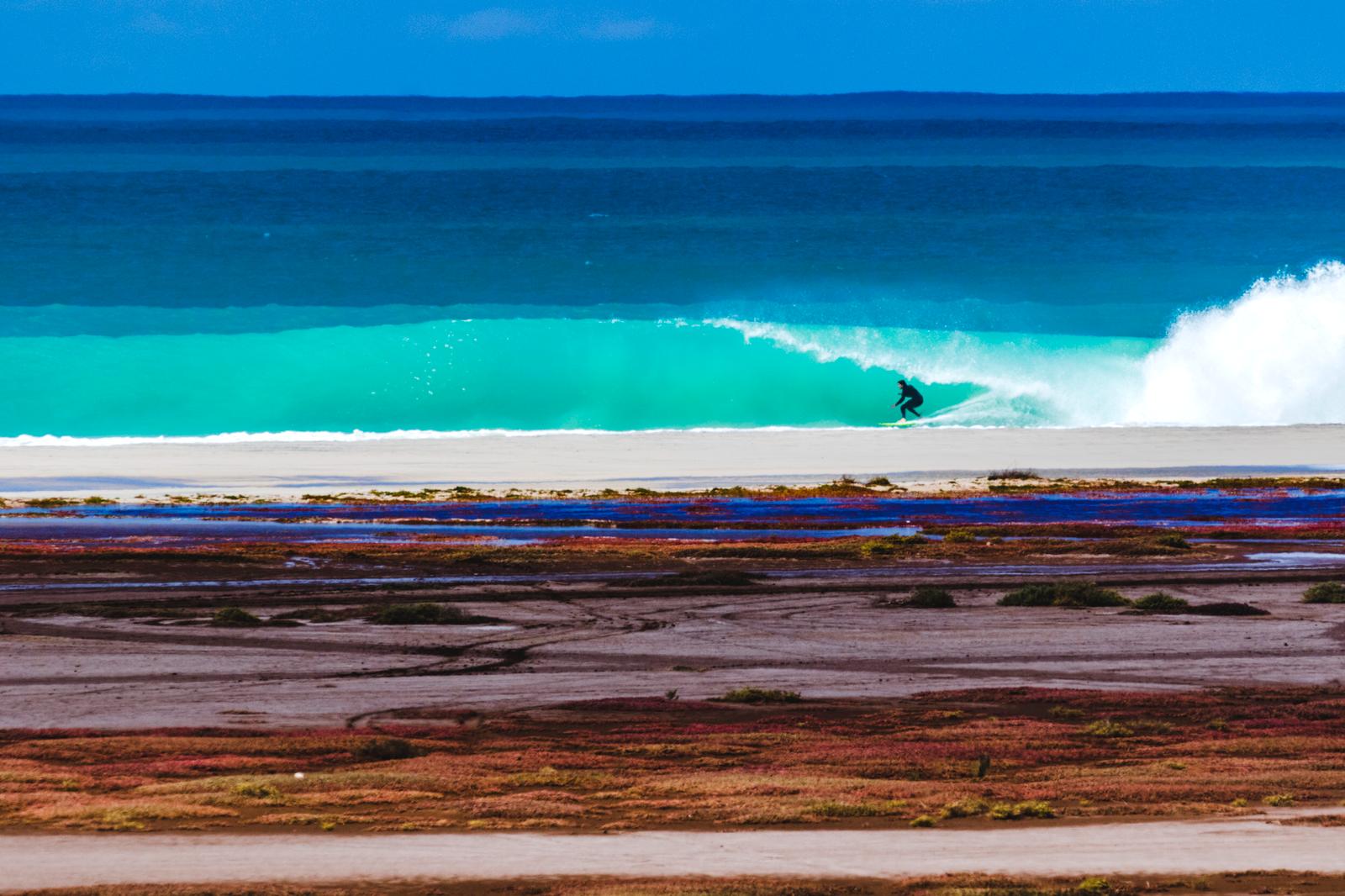 For Greg Long the love for the ocean began 35 years ago in San Clemente, California, where he was literally raised on the beach by his father Steve, a professional lifeguard. Steve Long made sure to instill in young Greg not only a deep respect for the ocean and its power but a methodical, almost academic approach to understanding its constantly changing conditions—an understanding that would later epitomize Greg’s career as a professional big wave surfer. Like a lot of his peers Greg began competing at a very early age, and at a very high level: he led his San Clemente High school surf team to a number of state titles, and eventually won the 2001 National Scholastic Surfing Association’s Open Men’s Championship, amateur surfing’s top prize. But unlike previous title winners like Kelly Slater and Andy Irons, both who went on to dominate the world professional tour, Greg chose a different path. Having been introduced to big wave riding at Baja’s Isla Todos Santos at age 16, Greg discovered a world of excitement and sense of accomplishment that eclipsed anything he’d experienced during a 15-minute contest heat. “From that first big day at Todos my focus turned to riding big waves,” says Long. “I found that the bigger and heavier the wave, the greater the physical and mental challenge it is to ride. That’s what I wanted from surfing, to push myself and to explore my greatest capabilities both in and out of the water.” 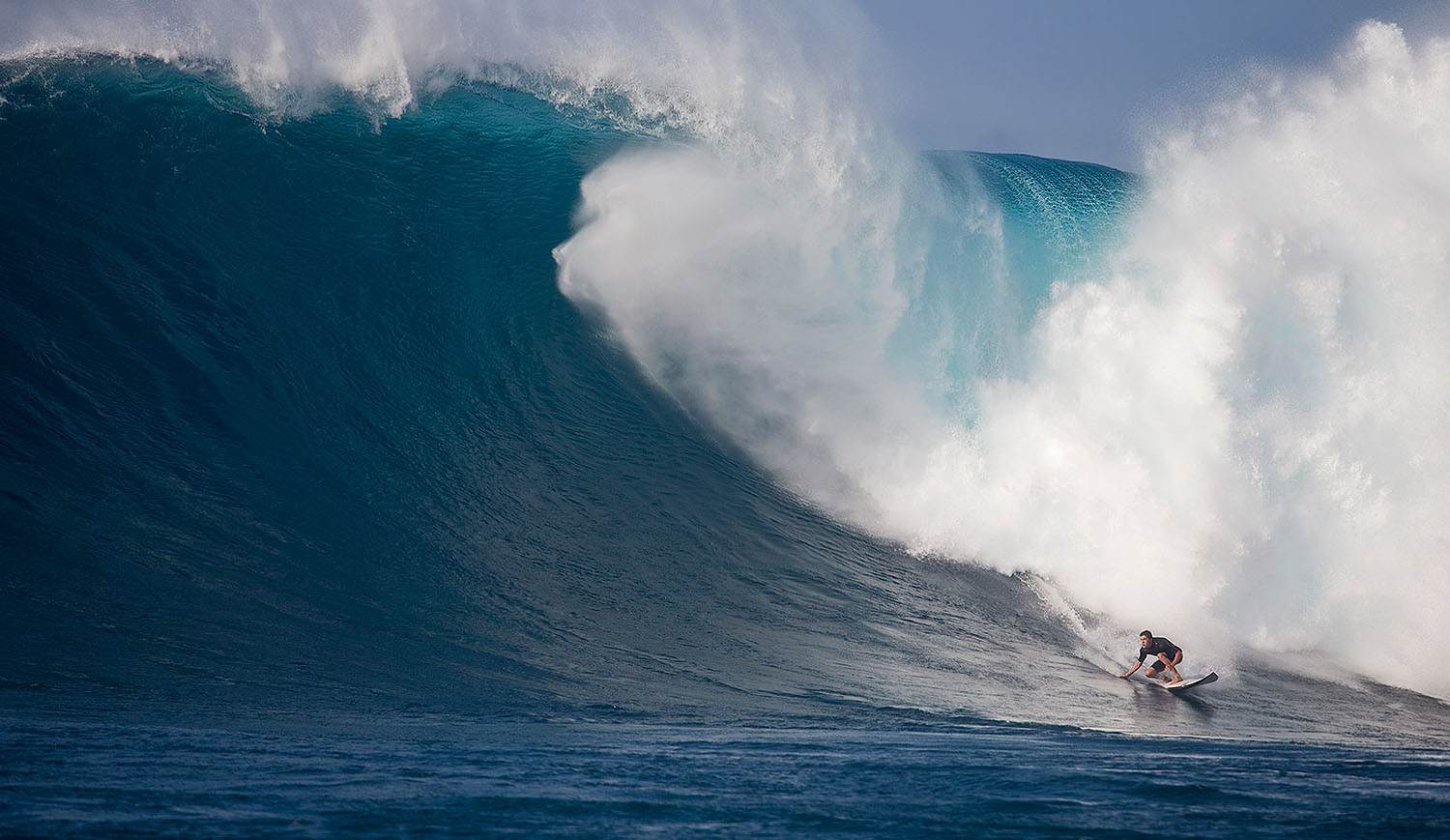 Over the next 14 years Greg did just that—and with a dedication exhibited by no other surfer before. This dedication can be measured not only by the incredible waves ridden in dozens of countries and various latitudes, but in the record books—he is perhaps the winningest surfer in the sport’s history. Greg has dominated the XXL Global Big Wave Awards, winning 2005’s ‘Biggest Paddle In’, 2007’s ‘Biggest Tow-in’, 2009 and 2014’s ‘Ride of the Year’, and the most coveted ‘Performer of the Year’ in 2004, 2008 and 2013—the titles separated by almost a decade. In the competitive realm, Long has been no less successful, winning two WSL big wave world titles.
But more than any of these awards or podium appearances it would be a wipeout that would define Greg Long’s commitment to this most dangerous aspect of the sport. In December, 2012, while surfing 100 miles offshore at a remote seamount known as Cortes Bank, Long was steamrolled by a five-story wall of water and held underwater for four consecutive waves. Despite years of intense physical and mental training, and a methodical approach that stressed safety and preparation, this wipeout was simply beyond anything he’d yet experienced: Greg fought hard but blacked out mere inches from the surface. Fortunately the same safety procedures he’d help innovate saw him be pulled from the water unconscious and rushed to his support boat, where he was stabilized and eventually airlifted by the Coast Guard to a mainland hospital. This near-death experience shook Long to his core: the ocean he loved had done its best to kill him.  And yet only days after technically drowning Long returned to the ocean, competing at the Maverick’s contest in heavy conditions.  He’d go on to win his first Big Wave World Tour Championship and only six months later win the XXL ‘Ride of the Year’ for a giant lefthand barrel at Mexico’s Puerto Escondido. 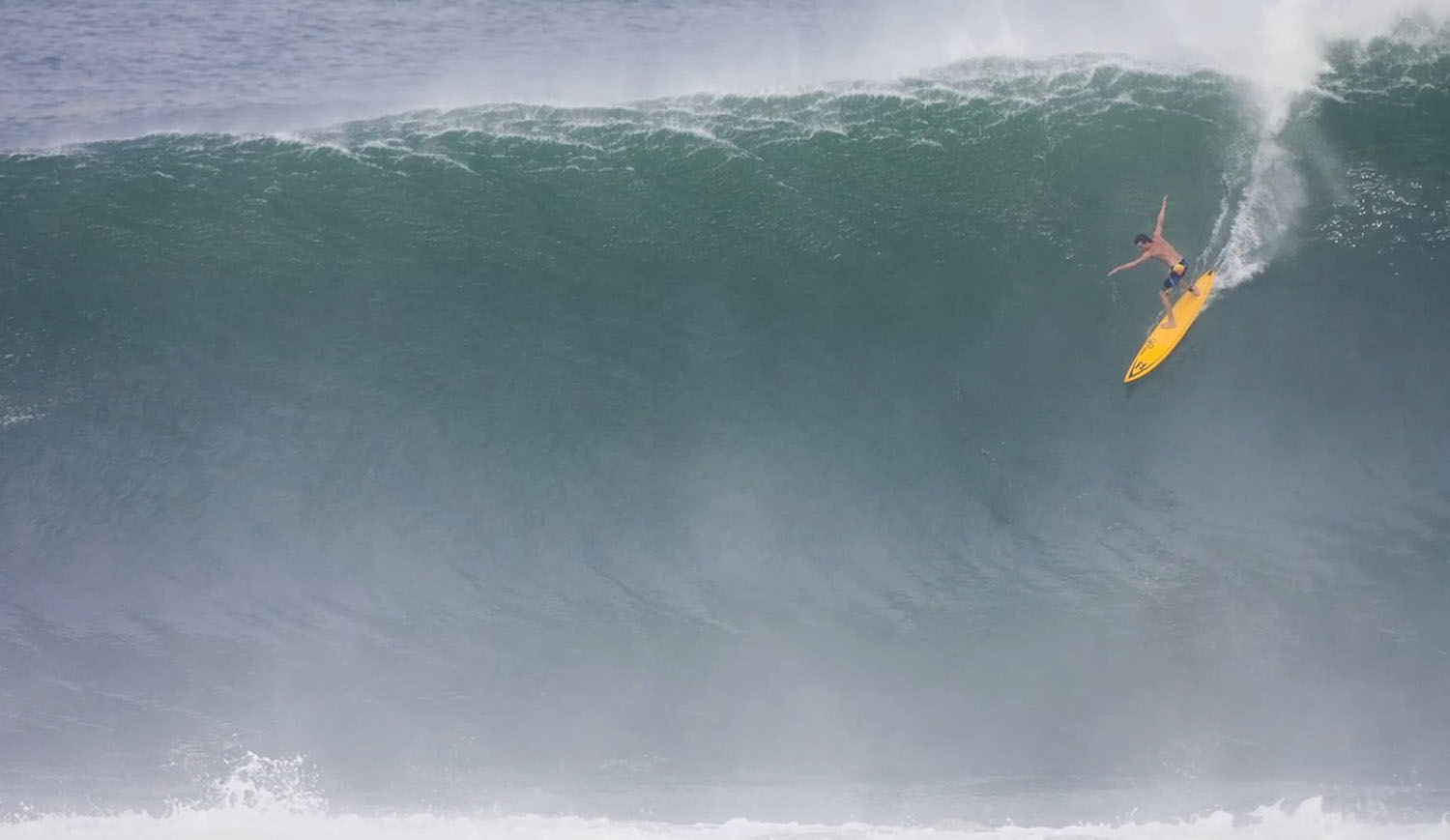 Testament to the deep relationship Greg has with the ocean, he shares,

“At a young age, I fell in love with big wave surfing and that connection still exists for me today. Being immersed in the ocean during its wildest states, learning to control my mind and embrace the feelings of fear, harnessing my personal energy and bringing it in sync with the rhythm of the swells, brings about a level of excitement and gratification that is unrivaled. I find myself living totally in the moment, acting solely on instinct, trusting entirely in my cumulative knowledge and ability. For me, life is one continual learning process, and the challenge and blessing is to grow physically, mentally and spiritually, while exploring my greatest potential as a human being. Big wave riding has been my arena to do exactly that.”